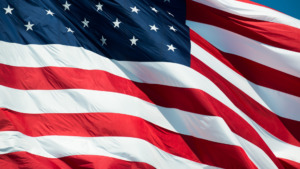 Both the towns of Whitman and Hanson had Memorial Day ceremonies. The towns hosted parades, speeches, and wreath laying events.

Hanson’s Memorial Day event took place on Monday, May 30th at 9:00am. The event began at Indian Head School with readings, and ceremonies. The parade began followed direly after, marched continually to Fern Hill Cemetery where additional readings and speeches took place.

Whitmans Memorial Day activities were as followed:  Pre parade, started at 8:30am, American Legion members et. al. were visiting the following outlying memorials to lay wreaths, pray and fire a salute at the High Street cemetery, The WWI memorial arch, St. James cemetery, Mt. Zion Cemetery, Colebrook cemetery which will  included a special visit to the Lt. Fox gravesite.
The Parade started at 9:30am, proceeded to Town Hall where they addressed followed by laying a wreath at the veterans monument, prayer, gun salute and taps.  The parade then proceeded to Washington St. and Park Ave, where it entered the Town Park and had short ceremonies at the Civil War monument and the All Wars monument.